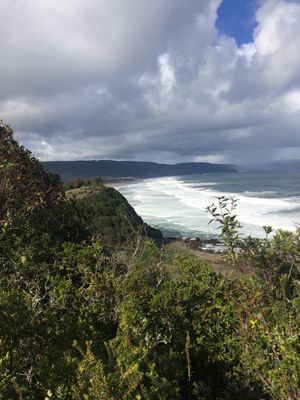 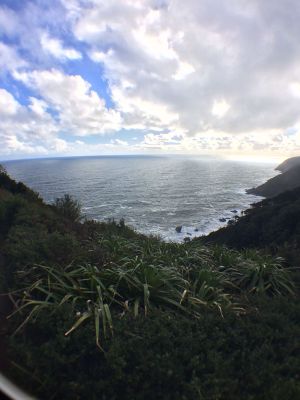 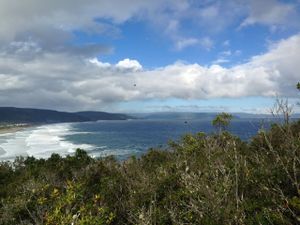 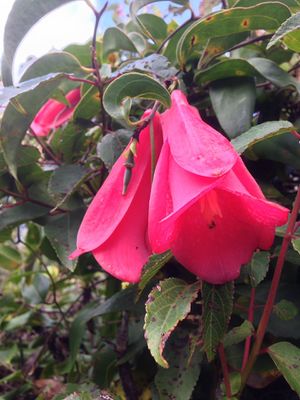 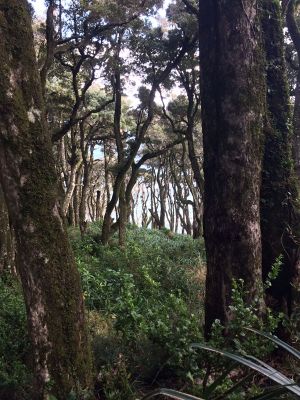 The Coastal Area of Punta Curiñanco is located in the « Los Rios » region. The distance between Curiñanco and Valdivia is about 45 kilometres and 20 kilometres with Niebla city. Punta Curiñanco was created by CODEFF (The National Defence Committee of Fauna and Flora) in an effort to preserve the location. Since 2000 CODEFF is trying to preserve its biodiversity, to promote investigation and ecotourism but also to contribute to the social and sustainable development of this particular area.

Punta Curiñanco is also really attractive thanks to its native Olivillo centenary forest, which you’ll find at the end of the trek. This special area is sacred for Mapuches because of the presence of a ceremonial place. That area has a notable spiritual atmosphere, which can be perceived by visitors. For this reason, it’s forbidden to take pictures during cultural ceremonials, in order to respect the tribal beliefs and traditions. The Olivillo’s forest is a hybrid area which mixes biodiversity conservation and immaterial legacy.

Punta Curiñanco is located at 40 kilometres of Valdivia City centre. The access is possible by taking the road T-350 (Valdivia/Niebla’s route) and then by road T-352 (Niebla/Curiñanco’s route)

You can easily take the Valdivia/Niebla/Curiñanco bus which cost a $1.200 (in Chilean peso) for adult. It attends in Valdivia city centre bus station, departure every 1 hour.

The trekking route is pretty easy to cross. You should wear the right outfit for outdoors’ activities because the region is really rainy, so the route can be slippery. Luckily the road is well maintained by Mr Rodrigo Bastidas. The signs are clear, and you also can find information about the local flora. It will be easiest for you to take the Olivillo’s path, which is less demanding in term of climbing/walking effort.

In Curiñanco’s area, a large amount typical flora from the region can be identified. Ferns grow in abundance as well as bushes and trees between 3 and 5 meters such as the “Notro”, “Canelo”, “Arrayanes fragrant flowers” and “Avellanillo”. On the coastal side we also can see bush species like “Chaura”, “Murta”, “Ñipa Roja” and “Chupon”. Eventually at the end of the trekking road, we’ll find the “Adult Forest” composed of Olivillos of 26 metres with trunks of 80 centimetres diameters.

You can plan to spend around an hour and a half to complete the total trekking road. But it is recommended to do it at a lower speed in order to appreciate this area’s landscapes. Walking slowly the road can be done in two hours.