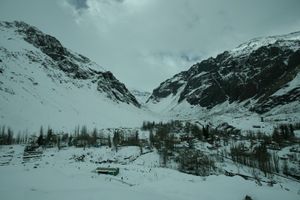 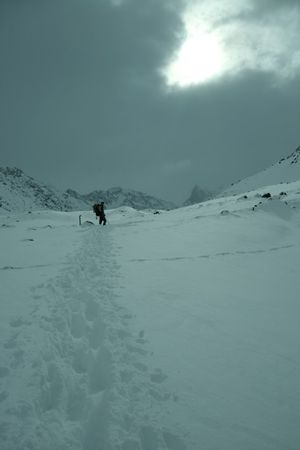 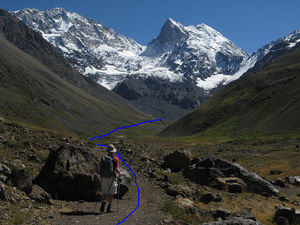 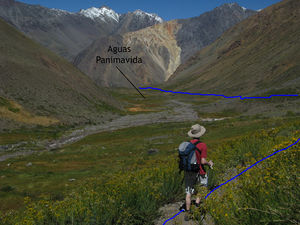 Aguas de Panimávida. Photo taken on the way back 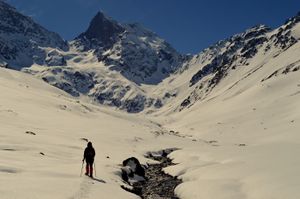 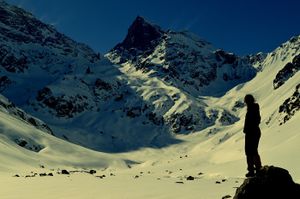 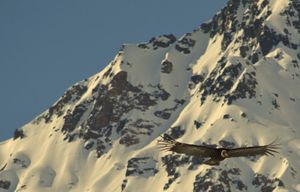 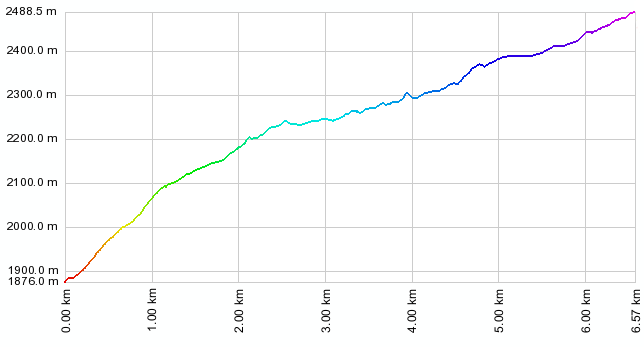 Profile of the route

From CONAF the route ascends abruptly for about 45 minutes. The road entrees the valley, crossing on many occasions an old road that zig-zags. Close to an hour later, once the trail has already remounted the initial moraine, the valley stretches and “Aguas Panimávida” appears, a patch of half-flooded grass with mineral water ponds. From now on the slope decreases and the trail continues to the north, with the imposing south face of “El Morado” as the background. After about two hours from mineral waters, the “Laguna de Morales” is reached (commonly confused with “Laguna del Morado,” for this lagoon see Glaciar del Morado). It's a nice destination but it is recommendable to continue another hour to the north, approaching the bottom of the glacier “San Francisco” (2.800 meters above sea level.) The trail is a little less clear, the slope increases and it's more likely to find snow on this part if you go during late spring or early summer.

At a normal pace, this trek should take about 5 hours between CONAF and the viewpoint of the glacier. However, what is meant by "lookout" is not a well-defined point, but rather an area where you can appreciate and photograph the impressive ice caves formed by the glacier.

The people who enter must register when paying the entrance and then must notify their departure in the same place. It is not allowed to spend the night inside the Natural Monument, although it can be done in many places nearby.

In August 2012, the USGS installed a glaciological station to measure the behavior of the glacier San Francisco. It is located at 3200 meters. Press release.